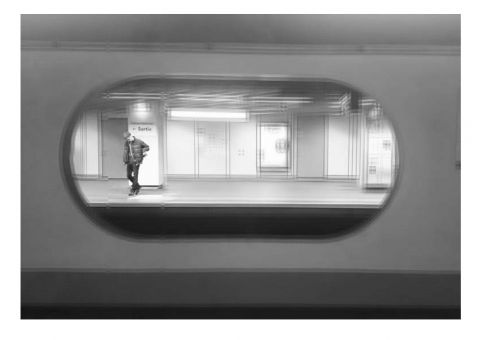 There are two different kinds of shadow: form shadows consist in the portion of a body that is not hit by the light because it is tangent to the source; cast shadows are projected by bodies on a surface whenever bodies obstruct the rays originating from a light source.
The perspective  from which we  look at  things  causes  an apparent change in the direction of the rays, like a defective machine producing deviations. Light is a stream,  coming form the outside, that  inscribes the surface of functionless and receptive bodies.
This defective machine is nothing but a peculiar system  that  relates separate things, bodies to other bodies, sometimes creating cuts, that in turn produce new subjects, something else that doesn’t prevent con- tinuity but extends  it. So, there  is neither totality in what we see nor unity of points of view, if not in the diagonal line traced by the “travel- ler”. Ways to look at things. Perspective machines, critical machines.

We will use  a series  of fragmentary visual material, literary references,  and annotations, as samples  from an exploded journal, together with projections to set up the space. These materials  are intended to work as a guide within a sharing act, a first investigation on the concept of desire as productive time. There is a fundamental energy in all of us, which always rouses  us to action: this is called the conatus, which will then turn into appetitus and eventually be- come cupiditas - desire).

Roberta  Da Soller (b. 1983). Film actress, performer, and political activist. Roberta holds a MA in Performing Arts Theory at the University of Bologna and BA in Foreign Languages and Literature at the University of Venice. She lives and works in Venice. Roberta is a member  of S.a.L.E. Docks, a collective running an independent  space for contemporary art and politics in Venice, where she serves as curator and events organiser since 2008.

Mauro Sommavilla (b.1983). Musician. Mauro holds a BA in Painting and Visual Art at the Fine Art Acade-my of Venice and a MA in Visual Communication at the IUAV University of Venice. He li-ves and works in Bologna. He’s currently working with the collective ATELIERSI, based in Bologna and focused on theatre and performing arts and with SlOWMACHINE’s Belluno Miraggi, seasonal  program curated by Rajeev Badhan and Elena Strada at Teatro Comunale in Belluno, Italy. 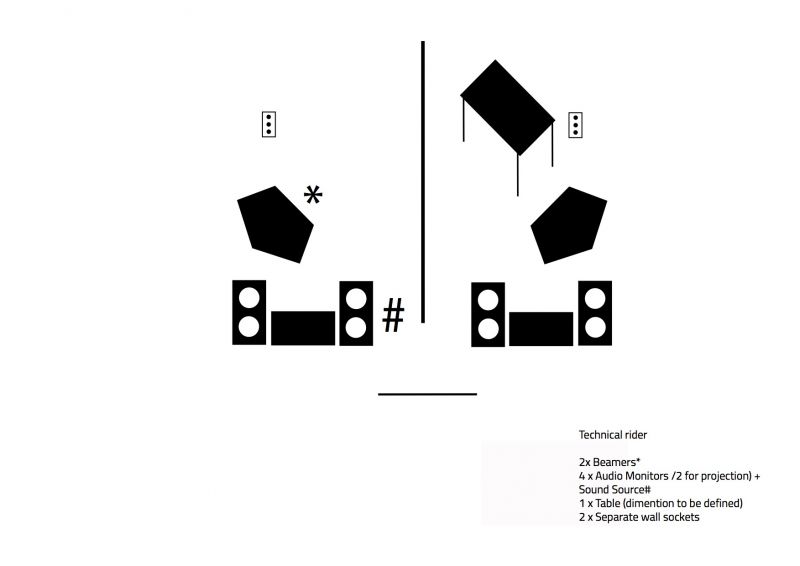