Tracee Westmoreland / Rat in a Cage

One week, one space, one performer, many experiments...

The artist is both scientist and subject. What can happen when left to one's own devices without a particular goal in mind?

Laboratory- any place, situation, set of conditions, or the like, conducive to experimentation, investigation, observation, etc.; anything suggestive of a scientific laboratory.

During the residency, the public is invited to pass by and "feed" the animal (contribute, observe, participate, communicate, etc.). 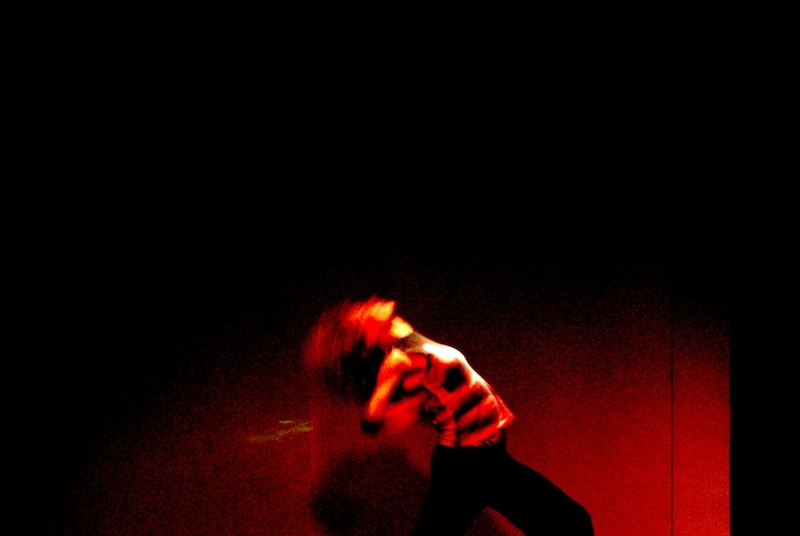 Tracee is originally from Boise, Idaho in the US. There she also trained and performed in Los Angeles, Las Vegas and Chicago, where she received her BA in Performance and Choreography at Columbia College. In the eight years she spent in Chicago, Tracee performed with numerous dance and theatre companies, and sang in several bands including MiLkbaby www.milkbaby.net of which she is still a satellite member with eBaby (Berlin). Her choreography was presented in the Around the Coyote Festival (2000) and the Spectrum Dance Festival (2001) in Chicago as well.

Tracee can be seen in music Videos by Jean Bosco Safari, Absynthe Minded and Nervous Cabaret and in the the Flemish films Ellektra, dir. Rudolph Mestdagh (2004) and Dirty Mind, dir. Pieter Van Hees (2007). She also participated in the film portion of PUUR with Ulima Vez, dir. Wim Vandekybus (2005). Most recently, she played the lead role in "Miss Homeless", a film by Daniel Lambo, which premiered on Oct. 2010 in over 30 countries.

Besides being a founding member of the all female acapella group the PushUps, Tracee has worked with Julie Bougard, Florent Delval, Maria Clara Villa Lobos, Davis Freeman, and Eszter Salamon, just to name a few.

She continues to improvise, create and collaborate with other likeminded artists.