The Body Never Exists in Itself - First Experimentation 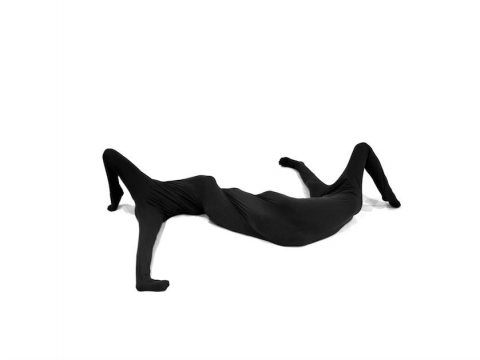 Amongst previously and unpublished works, such as the materialization of a residency process at ZSenne Art Laboratory, the Brazilian artist Tales Frey will present a set of works generated from the impossibility of the body to exist as a unique meaning, relating its own body to other bodies and objects. Through the performance art and its documentation, the artist approaches other artistic expressions such as dance and sculpture.

Tales Frey (Brazil, 1982)lives and works between Brazil and Portugal. He produces works supported by visual and scenic arts. At this time, he is developing a research in his Post-Doctorate course at the CEHUM – University of Minho.He got a Doctorate degree in Theatre and PerformanceStudies at theUniversity of Coimbra in Portugal and BA degree in Theatre Directionat the Federal University of Rio de Janeiro. He also did a specialization in Contemporary Artistic Practicesand a MA degree in Art Theory and Criticismat the University of Porto.

The body is the pivotal concern in my artistic conceptions. I do not focus only on the logos. I seek to validate the figuraldiscourse through the blending of artistic languages, bringing up my particular instincts that flourish through a spontaneous manifestation or, on the other hand, through conscious decision making. The body is the main agent in my creative production, both emerging either from its most logical materiality or the unreal universe that comes from an unconscious state.